12 FebZewskiCorp's 15 Years in Business: History, Growth and Our Crazy Slogan 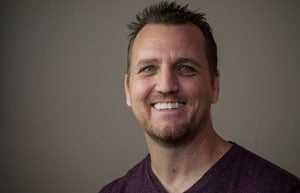 This post outlines the history of the business, the chronicle of growth and the reason for our crazy slogan.

Zewski Visual began in Valencia, California, with the intent to serve engineering departments in the medical community by creating 3D visual content to communicate ideas. The medical community is a tough shell to crack, even if you are from it, so shortly after its start, Zewski began fulfilling requests for services in the consumer product arena. For several years, the company focused on products in the boating and audio-visual industry, occasionally getting a small medical project here or there. In the first few years, Zewski served some 30 clients. Most of the growth came from work with Activated Designs, Metcraft Enterprises and Phoenix Limited LLC. Interestingly, today none of those companies exist. After a few years, the medical industry softened up, and Zewski Visual was able to obtain contacts with Medtronic, Baxter, Pall Medical and Osmetech Molecular Diagnostics.

In 2006, I relocated the business (and my family) to The Woodlands, Texas. From there I would commute weekly to Los Angeles to service the existing clients as I built new relationships in Texas. Zewski received its largest single contract in 2007, to develop the Tigé Alpha Z Tower for Metcraft Enterprises. The one-year project consumed the business and required additional staff to complete. During the development of the tower, the business was introduced to Wet Sounds, now a long-term client for us.

In November 2007, Zewski Visual incorporated as Zewski Corporation and started the foundation of what the business is today. The products Zewski worked on from 2005 to 2008 shifted from visual animations and support design to complete product design. Zewski reached a million dollars in total sales from 2004 to 2009 just as it passed 5 years in business. But shortly after this, several clients were hit hard by the recession and ended up filing bankruptcy.

A fresh start for the business came in 2010, with new focus and new clients. From 2010 through 2015, Zewski spent its time on many new products for inventors and forming stronger relationships with the clients who survived the 2008–09 crash. In 2011, Zewski had 41 client projects and formed a new relationship with Neotech Products in Valencia, California.

Today, Zewski serves corporate accounts with a history in product design as its primary business. Solo inventors, however, are either faced with requiring higher-volume manufacturing to compete for a profit (requiring a far higher initial investment) or making much smaller margins that are not attractive to investors.  This problem, due largely to consumer demand for low prices and international competition, results in high risk for inventors and investors alike.  For this reason, Zewski has moved toward educating inventors, as opposed to designing, until we and the inventor believe the right combination of opportunity along with mitigation of risk is understood.  This allows the inventor to proceed with more confidence and designers to do their job more freely.

This (literally) crazy slogan comes from my own personal struggle with bipolar disorder, unipolar mania. This is a subset of the disorder where the patient only suffers from manic episodes and not depression. As a young adult, my personality was constantly disrupted by heightened levels of energy, a decreased need for sleep, rapid abstract speech, racing thoughts, distractions by irrelevant events, impulsive decision-making, poor judgment and reckless behavior. Over the years, and with the help of lithium, I have been able focus this energy in creative and positive ways, which ultimately manifested itself in the creation of this business. I remained on lithium bicarbonate for 25 years until 2016, when my doctor told me that it was no longer therapeutic, and my manic episodes were no longer a problem.

That's it — a little background on this little business of mine and hopefully a logical explanation for our truly manic slogan!